Breasts are sexual identities of women. Having small breasts or having breasts removed due to breasts cancer may have a negative effect on the woman’s self confidence and social life. Therefore, breasts augmentation is one of the most commonly performed plastic surgeries. Breast implant surgery is the most common breast augmentation technique. The type of prosthesis and technique must be determined regarding the patient’s body structure and expectations.

There are roughly 4 incision points for prosthesis placement:

The most chosen one of these incision points is under breasts. Every technique has its own advantages and disadvantages.

Under breast is the most suitable technique for every silicone prosthesis type and sub-muscular or sub-glandular method.

While under arm incision is advantageous as it doesn’t leave any scars, this technique makes it harder to place anatomical and silicone prosthesis therefore the outcome may be affected negatively.

Where the prosthesis is placed varies depending on breast tissue and skin quality. Sub-muscular method is more preferable when upper breast tissue is thinner than 2 cm.

Recent studies have suggested a new technique combining sub-muscular and sub-glandular methods to acquire the best results. This technique called dual plane has caused less feeling of the prosthesis and formation of capsules and became popular. 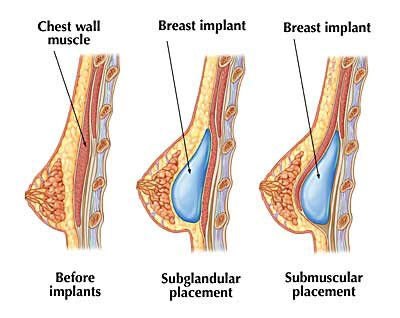 I prefer under breast incision and dual plane technique. I use textured and round or shaped prosthesis. 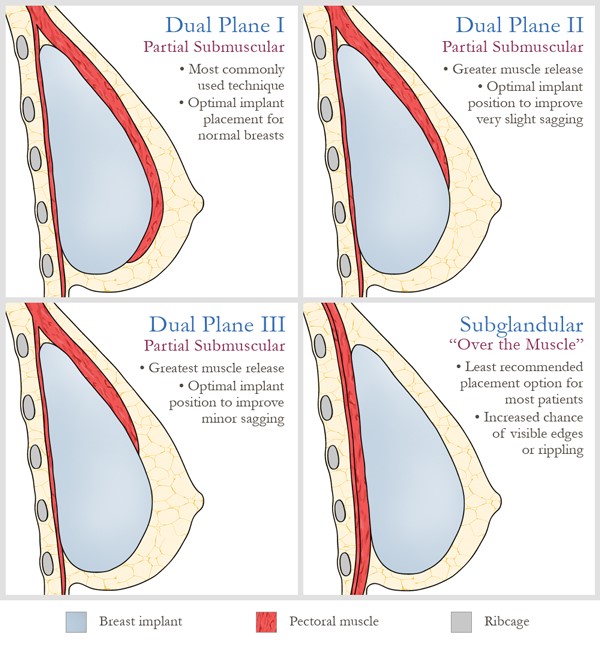 Breast augmentation surgeries are done under general anesthesia and last for around 2 hours. You will have drains and bandages post operation. Drains are removed and you can check out of the hospital the next day after you spend the night at the hospital post-operation. You need a special bra for about 3 weeks and to avoid physical affection. The special bands on stitch line are removed at the end of the second week after surgery.

Post operation complications may be lined down as hematoma, infection, incision problems, formation of capsule, dislocation of prosthesis, prosthesis break, sensory loss and scarring. Formation of capsule is very common in all prosthesis patients and it is a response of the body to a foreign object. If this situation goes too far, it may cause some shape defects or so.

This may lead to another surgery. The capsule might need to be ripped via massaging under general anesthesia, surgically removed or remove the prosthesis all together. To prevent all these consequences, we suggest to start massaging the area after the 1st week of the surgery until the 5th.